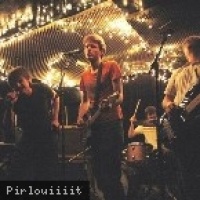 In the summer of 2002, founding members Tim Adams and Kyle Chrise met and befriended soul legend Solomon Burke, who flew the band out to Los Angeles to produce their cover version of his hit song "Goodbye Baby", which appeared on the band's debut album, "Ten Songs".

In July 2003, the band expanded to become a 6-piece. The drum kit expanded as did the sound.

In May 2004, the band played on a bill with indie rock pioneer Steve Wynn, whose band The Dream Syndicate helped forge the post-punk sound of Los Angeles' Paisley Underground in the 1980s.

In 2005, Steve signed on to produce the band's sophomore effort, "Everyone Thinks You're the Best", which was completed and released in early 2008.

"Currently", the Teenage Prayers are at work on their third album, which they hope to complete in 2011. This as-yet-untitled effort is being produced by Adam Schatz.

Mrs. Adam Schatz + Steve Shiffman and the Land of No + The Teenage prayers + the Dim Warriors (the Terrence Russel Adams Ramble)

Steve Shiffman and the Land of No + the Teenage Prayers + Schwervon!

The Teenage Prayers : Everyone Thinks Tou're The Best