Interview with Steve Albini from the band Shellac 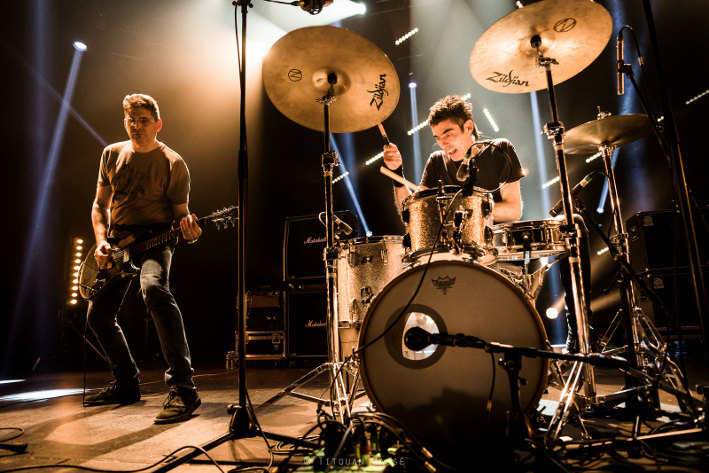 No use beating around the bush: Steve Albini is a living rock legend, a highly respectable legend for the work he's done as a sound engineer and producer on records that haven't aged a bit (it's not just an expression it's TRUE!) such as Nirvana's "In Utero", the Pixies' "Surfer Rosa", PJ Harvey's "Rid of Me", Shannon Wright's "Over the Sun", the Thugs' "Strike" or Sloy's "Plug" and "Planet of Tubes", but also for his noteworthy involvement in the noise rock band Shellac since the 90s, with their killer records and crazy performances. Moreover, Albini has the huge merit of never being at loss for words and calling a spade a spade. Interviewing him on Shellac's 2017 tour, Ty Segall's latest release (which he worked on) and his vision of the music business was thus hugely enjoyable!

The last album "recorded by Steve Albini" that I heard (and liked!) was Ty Segall's self-titled album, released at the beginning of 2017... I have a feeling that you were made to meet and work together ! Did you follow his career before working with him ?
Steve Albini : I wasn't too familiar with Ty's music, had heard a few songs and thought he was cool. We've become friends and I admire him a great deal by now. I love his enthusiasm for the process and he's a terrific musician.

How did the recording with Ty at Electrical Audio Studios go? Judging by the video where you're both seen wrecking toilets with an ax and laughing, it looks like you're on the same wavelength!
He has a lot of the fun-loving attitude that first got me interested in the music scene here in Chicago. He appreciates absurdity as well as excellence, and I haven't seen nearly enough people with that attitude lately. 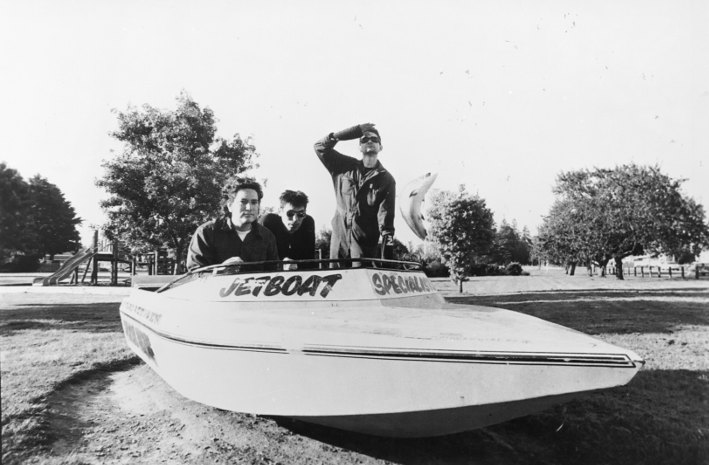 Although Ty Segall's music is different from Nirvana's, I still find similarities in the sound... Did you also find a few links and similarities between Ty Segall and Kurt Cobain's songs?
No, not a lot. Kurt and Nirvana had an anguished, introspective quality, and Ty's music and style are more purely ecstatic, more joyful. They are both very sure-footed with their aesthetics but in theme and style they are quite different.

Your fiercely independent and uncompromising way of working and creating music was an inspiration for Ty Segall and many other musicians (such as his buddy John Dwyer, from Thee Oh Sees, who does everything himself). Is this something you are proud about?
I think doing things independently and according to my own logic makes sense, and insofar as it has a political angle, I feel it is righteous and progressive. Anyone who feels similarly would probably come to similar processes and methods, not because I have inspired him but because doing things independently is self-rewarding. The band has more control and keeps more of the benefits. I don't think this perspective is particularly mine, it's just the logical conclusion of examining the processes and trying to find more efficient, more equitable methods and behaviors.

Before regaining faith and recording a new masterpiece (the album " Division "), one of your close friends, Shannon Wright, recently spoke of quitting music, despaired by her records' lack of success... When this type of thing happens, what arguments do you use to remotivate artists?
I tell Shannon regularly that she and her music are an inspiration and a joy for me. I used to be more circumspect and not gush at people when they are awesome but I have lost all shyness in this regard. I think it is the least I can do to tell somebody I think she's being brilliant and I wish more people did so. The veneer of aloof coolness prevents it but it does nobody any good to withhold your enthusiasm. When I see something I love now I don't think twice, I just grab the person and tell them I love them. I know that any decent art is made for its own sake, not for an audience, but I can't help thinking that having peers appreciate something adds a little emphasis, some encouragement that you're on the right track.

Shellac should be touring in May... Judging from the two concerts I saw, at the Bataclan in 2012 and in Nîmes in 2016, you look like you're having a lot of fun on stage! Tell us how do you fell when you're on tour with Shellac !
We get a great sense of satisfaction out of playing together. The camaraderie and exhilaration of playing is intoxicating and is the best thing I ever get to experience. I think I will always want to do it, though I have told Bob and Todd I can't make any promises beyond my 100th birthday. Until then, I'm in for sure.

Can we hope for a new Shellac album?
We are as active as we've ever been. It takes us a long time to write material because we have scarce time together. What most bands can accomplish in a month of rehearsals takes us a year or two. We intend to keep working on new material and releasing recordings, but it takes us a relatively long time to do it. I don't want to predict how long it will take us to release another record, but we are actively working on new material all the time.

On stage, with Shellac, the way you set up, the way you reply to questions from the audience, the way you take your stuff out at the end of the show... How did this particular way of performing appear?
We've gradually developed a way to present ourselves that feels normal and natural. We don't like the layers of artifice in most performances, and we've done what we can to make everyone in the room feel like they're participating in an experience for all of us. It isn't us in the band putting on a show for the audience, it's all of us doing a show for all of us. We get to experience the show just like the audience, so we're deeply invested in making the show a complete experience for ourselves as well as everybody else. 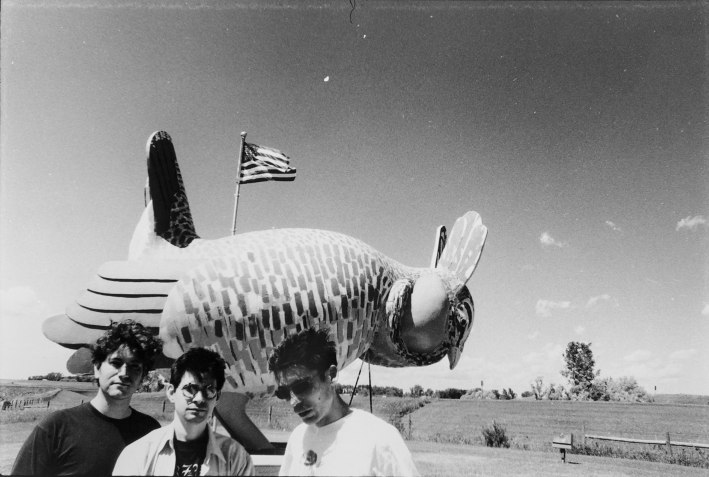 You've become a "regular" at the Primavera festival in Barcelona, where you've almost played every year with Shellac... Tell us about this festival and the way you're welcomed there...
Festivals in the 1980s and 90s were awful. The public weren't treated with respect and the bands were thrown together with no consideration. Often enough some labels bought exposure and paid for bands to be put on the festivals as a promotional gambit. The whole experience was degrading and unpleasant and as a band we basically swore off them. Starting in the late 90s, a few festivals took a longer view, building a reputation year-by-year of treating the patrons, the public and the bands well, and having a carefully curated selection of bands rather than a free-for-all of whatever happened to be available. Primavera is among the very best of this new generation of festivals and we're grateful that we are invited to play it.

Now, let's talk about the records you've produced... Your choice of raw and stripped-down "production" work appears to be particularly clever, as the albums you've recorded for Nirvana, Pixies, PJ Harvey, Sloy or Les Thugs have not aged a bit ("In Utero", "Surfer Rosa", "Rid of Me", "Plug", "Plant of Tubes", "Strike"...) Is this a way of getting even with the people from labels who deprecated your work and found it wasn't "mainstream" enough (like Geffen with "In Utero")?
Whatever band or record I'm working on at the moment, I'm just trying to do justice to the band and the material. I don't let external considerations like commercial interest, label opinions or style and status enter into any of the decisions. My methods are respectful of the band, not in opposition to anybody else. Anybody who isn't actually in the band might have an opinion, but I don't concern myself with it. Those people are welcome to their opinions, and with respect to matters of taste, people are going to like what they like and that's literally none of my business. My only concern is satisfying the band who asked me to help them make a record. Everybody else, the listeners, the business people, the label, the critics, all of them are welcome to their opinions, but you can be sure they won't matter to me while we're making the record.

Don't you find it depressing to make records with good equipment and high quality recordings while knowing that afterwards, a lot of people will listen to the album on a phone or a computer, online, with compressed audio?
There has always been a contrast between the studio recordings, the masters, and the convenience formats that people listen to them on. The master recordings have to be as good as I can make them because they are forever. People may hear them on a low-resolution format now, but maybe in 20 years they'll get pressed into a nice commemorative anniversary album or something. My responsibility is to the band and their future, not the listening format of convenience right now.

Vinyl is back in fashion, and is supposed to have a warmer, more "present" sound... What do you think of this comeback?
Vinyl is a long-term storage format that makes music survive for the future. It can also sound excellent. I'm most excited about the prospect of music I like surviving hundreds of years rather than disappearing into the digital void. A very perceptive friend of mine, John Loder, said in the 1980s that CDs would be a temporary solution and that vinyl would be around long after CDs became obsolete. He has been proven correct. 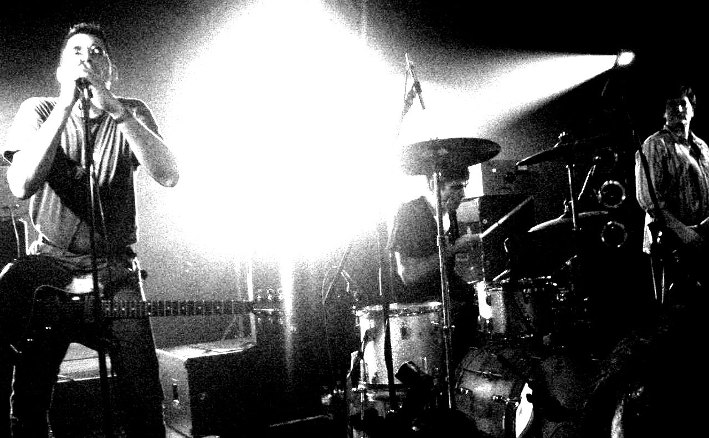 When you're at home, what kind of format do you prefer when you listen to your favorite albums?
I listen to record albums.

Your best recording memory at Electrical Audio?
When we first opened the studio the neighborhood around it was desolate. Several times stolen cars were brought behind the building at night and set on fire by local criminals. The color of the flames flashing through the glass block windows of the studio was beautiful.

Are there any bands you've just recorded and which you think have good potential for a carreer?
That is none of my concern. If people are driven to make music they will, and some of those people will make a career of it. Most won't, but that doesn't make the music less meaningful to them or their audience. Thinking in terms of career or hobby is an artificial distinction that I prefer not to indulge. 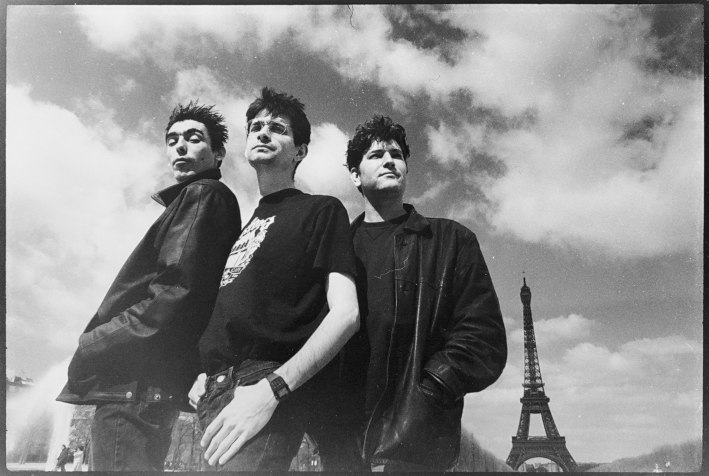 Which cult records do you often listen to ?
I love the English band Third World War. Their albums are fantastic.

Are there any songs or records that you hate listening to, that really enrage you when you hear them ?
No, I can tune out awful music like static noise. If it becomes unbearable I'll just leave.

Do you have anything to add ?
I want to thank everyone who actively resists fascism. 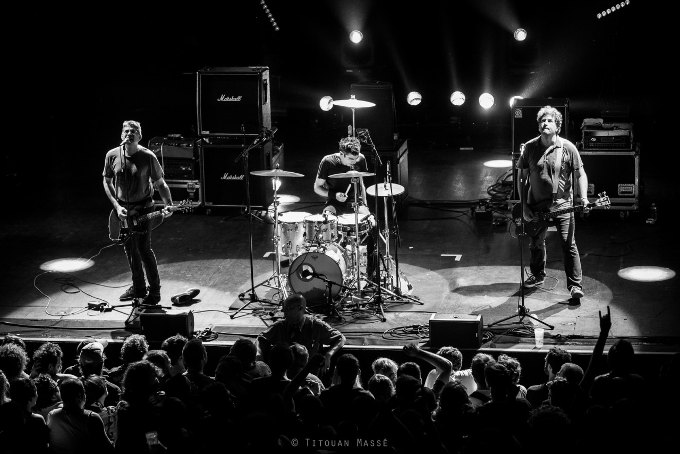 Help for the translation of the intro and of the questions when preparing the interview : Suzy Borello.